How Do I Value My Small Business

If you have a small business, then you might be thinking about your eventual exit strategy. Running a business is a very rewarding process, but it may have also occurred to you that you could potentially sell it and make a big profit. That could potentially allow you to invest more money into your next venture or to consider even retiring early and running off to live on an island somewhere. Maybe Google will swoop in and buy your company for a few billion. That would be nice…

The question though is how you go about valuing a small business. Many people don’t realise that they can list their small business for sale – especially sole traders and the likes. In fact though, it’s almost always possible to earn some money by closing up shop.

Here’s how you calculate how much, and thus whether it is worth your while.

One option is to perform a calculation called ‘Earnings Multiples’. This is a formula that will base your business’ value on how much it earns over a set time. For instance, if you have a company that has a profit of X amount per month, then this will usually be multiplied by a number of months or years (say ten years) which will give the value of the business. This is the most common method used when selling websites but it also works for a variety of small companies.

The good news is that most accountants will be able to run these figures for you and give you your average.
That said though, this strategy isn’t always going to be the most useful. For instance, if your business isn’t earning much money now but you have a long term plan that is projected to earn a fortune – then you may need to play with the numbers a little.

Another consideration is that sometimes you can use ‘multipliers’ in order to raise the asking price for your business. Multipliers are things that make your business worth more than it otherwise would be: for instance, if your team is able to work independently without you needing to be present, then this would be considered to be one multiplier that could increase your asking price.
Likewise, if a business has a very strong brand, then that could likewise be considered to be a multiplier as that brand has value in and of itself.

And this works both ways: some things will make your business less appealing once sold. For instance, if you have a personal brand, the question will be how well that will work once you’re gone from the scene.

Of course, this also has to be valued against any outstanding debt. If your company is paying off a large loan then this will be passed to the new owner and that will mean that the net assets they receive are less.
It’s not only tangible assets that are worth money. Intangibles can also greatly increase your company’s value: sometimes moreso.

For instance, if you have a great team of employees, then that is an asset in itself. Those employees turnover X amount per month for you and thus they have value as well.
Likewise, intellectual property is of course also very valuable. If your company has a patent on a design that could change the world, then this would also be worth a lot of money.

Valuing something like this is much more difficult and far more ‘arbitrary’. The way you might go about it, is to perform surveys and to look at similar products in order to make an educated guess as to the potential value that this idea could have. Obviously liquid assets count too: if your company has a bank account then you need to think about how much is in there!

If you have a list of clients, then that is something you can often sell on its own. Clients offer potential to make money and especially if you have put in the hard work and built up a good relationship and reputation. You can actually in some cases sell a client list on its own!
Meanwhile for other businesses, a list of customers (such as a mailing list) can also be very valuable – even on its own. Online, email lists are often sold for around 60p per contact – so think of this as one of your intangibles.

As you can see then, there are many different ways in which a business can be valued and many different factors to consider. The best method will depend on the type of business you own and what the buyer intends to do with it.

Like selling a house, there’s also no harm in doing a little bit of spring cleaning to improve the value of your business: could you invest in a better web design now?
Remember too that you don’t always have to sell the entire business. You can sell the name and the assets and employees while keeping hold of your client list if you just want to scale back. Or you could do the precise opposite thing! 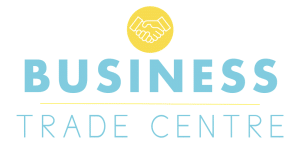